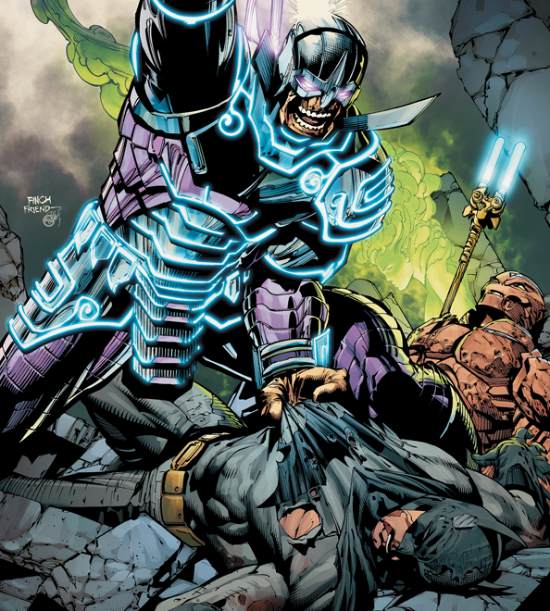 You don’t have to be Wesley Willis to see that Peraxxus whooped Batman’s ass.

Justice League International #4 suffered from what I’ll call “issue #4 syndrome”. It’s not that it was a bad comic, but I couldn’t not get the feeling that this was the calm before the next issue.

Intergalactic bad guy Peraxxus reveals his plan, using his Signal Men robots in an effort to destroy the planet. Will the JLI, now with Guy Gardner and Batman fully on the same page with Booster, be able to stop this monster? Find out next month.

And that’s the problem I had. This just felt like a space holder of an issue. I guess the next part (hopefully the conclusion) will tie this all together. This one was skippable.