I’ll admit that I don’t pay too much attention to current Transformers related toy news, but I think this is awesome. This year’s Transformers convention BotCon offers exclusive toys, depicting the “Shattered Glass” universe where the Decepticons are good and the Autobots are evil.

This version of Soundwave is pretty cool looking but something sticks out on him. Soundwave is apparently a fan of Cold Slither! Don’t believe me? Check out this bumper sticker! 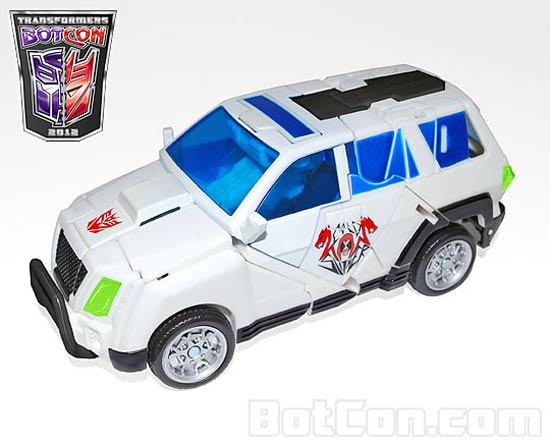 So what is Cold Slither?

Cold Slither is a reference to an old GI Joe cartoon, where Zartan and the rest of the Dreadnoks formed a cheesy metal band and wrote songs to hypnotize and brainwash people into following them, much like Def Leppard! How cool is that?

For more information on this year’s BotCon, visit their website here.

2 thoughts on “BotCon Has A Cold Slither Themed Soundwave Exclusive?”