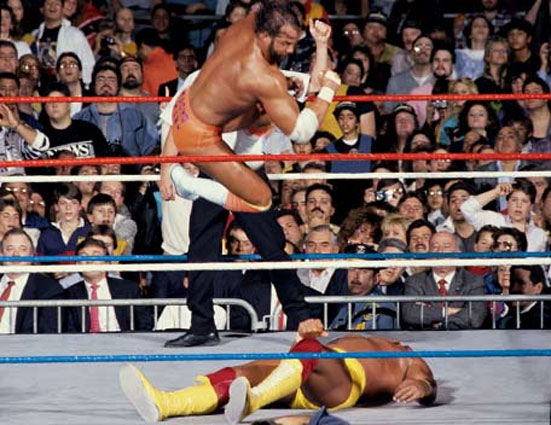 WrestleMania V was the big thing right around when I became hooked on professional wrestling. We had moved in with my grandmother for a bit, and this was the first time we had cable. Watching the feud between the two grow was epic.

But I’ll admit I was disappointed. When I was young I always preferred Macho Man and Roddy Piper to Hulk Hogan, so this was kind of a bummer to me.

THE GOOD: As a whole, it was decent but nothing too spectacular.

THE BAD: Did they really need to include the Red Rooster/Bobby Heenan match? It just felt like a time filler, and at most a break before the main event.

MATCH TO WATCH: Mr. Perfect and the Blue Blazer (a masked Owen Hat) have a really good match that is so different from anything else that was in the WWF at that time.