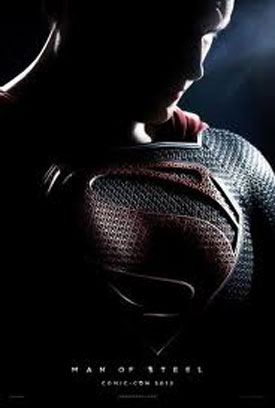 Big Blue is back!

San Diego Comic Con attendees were able to pick up a poster to promote Zack Snyder’s Superman movie reboot Man of Steel last week. Not only that, but Snyder announced that there was going to be a teaser trailer attached to The Dark Knight Rises.

Superman’s last big screen adventure was in 2006’s Superman Returns, which was a frustrating affair. I do give credit for director Bryan Singer trying to tie it in with the previous films. The result was unfortunate; the film was glacially paced (no pun intended, even though much of the film took place in the Fortress of Solitude).

Snyder’s over-the-top style will make for a make for a fun film. You can follow the production over at http://www.manofsteel.com. Man of Steel hit the big screen on June 14, 2013.