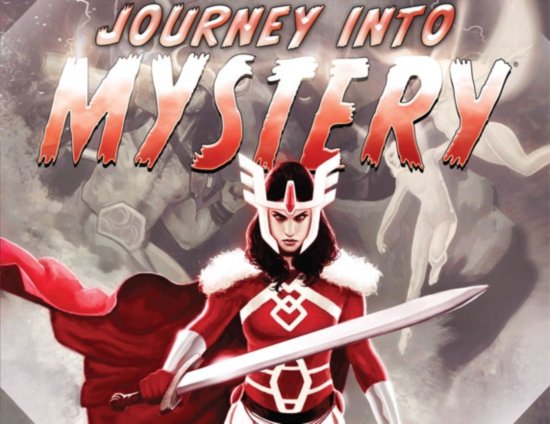 Journey Into Mystery found a new Asgardian lead character in issue #646, as longtime supporting character Sif finally gets an adventure of her own. The series also features a new writer in Kathryn Immonen. So how does Sif make out in her maiden voyage?

The story starts out with Sif rescuing one of the many children of everyone’s favorite rotund Asgardian, Volstagg the Voluminous. Sif returns the child to his family only to find something that disgusts her: the Asgardian children know very little of their people’s heroes and legend. Immonen fund a unique way that is a nod to the title’s history; the Volstagg children are proudly showing Sif issues of Journey Into Mystery from the early 1960’s giant alien monster era! To the kids’ defense, that what happens when you pretty much live in the middle of Oklahoma.

By the second half of the issue, the series’ new direction is pretty much set. Sif is on a quest to find out what had happened to some of the forgotten mythological characters of Asgard’s past, but also seems to want to establish her own place in the hierarchy of the Asgardian pantheon. The first issue ends with her seemingly beheading Aerndis, some sort of mythological teacher who might have been an enemy of the Asgardians. The last page has Sif sitting at an Oklahoma bar having a beer or two, with what appears to be Aerndis’ bloody head in a bag next to her.

On the art end, Valerio Schiti just knocks one out of the park. The Italy-based artist just knocks it out of the park on this. It’s just amazing to look at it. His style skews toward the thinner linework side but is great. In the opening story you can see that he’s more than just your average comics artist; he can draw children and women very well, something that many a comic artist can’t master.

Some of the dialogue was a little rough (with the Asgardian/old English vocabulary) to get through at points, but Journey Into Mystery was a pretty good first issue for a new direction. I do want to see where this story goes but I’m not sure if this is going to be a monthly purchase. I think I’ll be talking more about this in April when the first collected volume comes out.