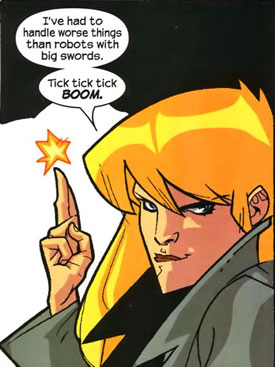 I think that says everything you need to know about why I like Boomer.She is definitely a tough cookie. Over the years she’s grown into quite the formidable character. Oh yeah, and her power is infinitely cooler than Jubilee’s.