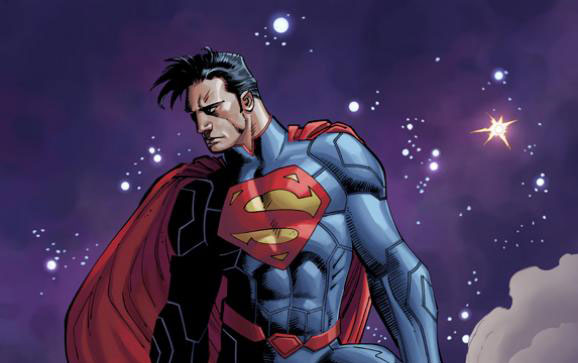 I will admit that I’ve grown away from Superman as a character. At one point he was definitely one of my favorites; I loved the whole Dan Jurgens/1990s era of the character when they were putting out four tightly knit Superbooks a month. But over the years, I wound up losing interest, especially all of the undoing of the John Byrne post-Crisis aspects and replacing them with a more Geoff Johns/Richard Donner theme.

The Superman in the New 52 books has peaked my interest on and off, mostly due to Jurgens’ involvement on the title. Fast forward to the recent announcement that there was going to be a new Superman series with Geoff Johns at the helm and I wasn’t that excited. But with them announcing that John Romita Jr. would be drawing Supes with Klaus Janson on the inking side, suddenly this is something I want to read.

This is the first DC work that JRjr has done and having it be on one of their–if not the–highest profile characters certainly is exciting. Color me optimistic.