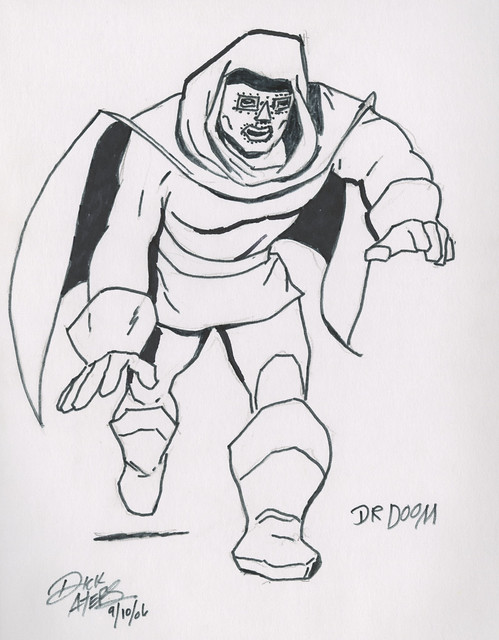 Here’s some more Silver Age fun, this time in the form of a Sub-Mariner comic! This twenty third issue of his late sixties/early seventies ongoing series introduces a new villain to the Atlantean pantheon:  the human killer whale Orka!

So who exactly is this marine mammal themed super villain? Orka is a soldier in Atlantean renegade Kwang’s posse of ocean thugs. After being given the powers of a killer whale by fellow Namor hater Doctor Dorcas (probably the most unfortunate super villain name ever…I wonder if writer Roy Thomas was making a joke about a similar sounding whale body part), Orka sets out against the Sub-Mariner.

Namor can’t defeat the monster and the book ends with Orka and his killer whales going to kill Namor’s on-again/off-again cousin/love interest Dorma (yes you read that right). Can the Sub-Mariner save Dorma and stop the sea-dwelling scoundrels? Your guess is as good as mine; I don’t have the next issue!

Art in this issue is by Marie Severin, who is really one of the most underrated artists from this period at Marvel. She is definitely a master of several genres, including fantasy like this, horror comics, humor and straight up super hero work. She even pencilled Marvel’s A-Team adaptation!