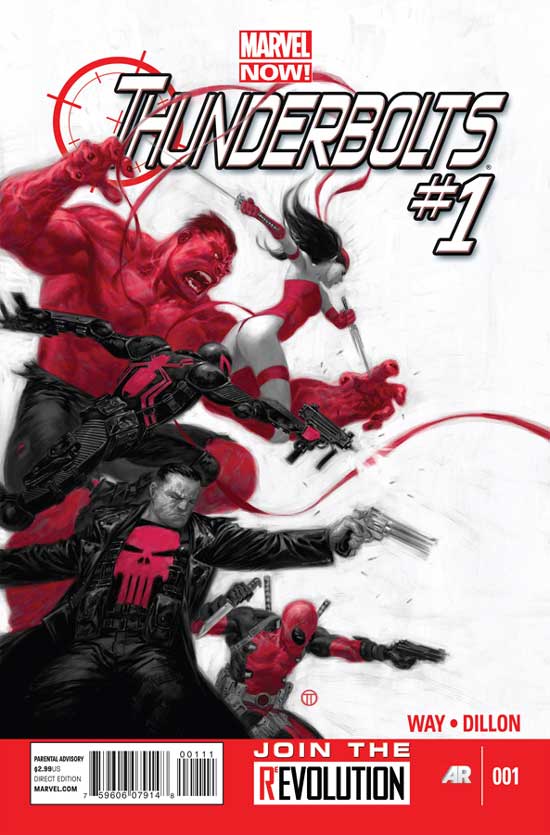 Marvel has just made an announcement that I can’t wait for:  the new Thunderbolts series. Traditionally, the team has been about a team of villains or other nefarious types having to put aside their own scheming for the greater good–whether they’ve decided to do this on their own or have been forced. This new version takes the concept in a different decision.

In an interview over on Newsarama with new writer Daniel Way, the team basically operates under the direction of Red Hulk (who before he became gamma powered was the long time military leader/Hulk hunter General “Thunderbolt” Ross of the US Army) to work off the grid. Way put it this way in that interview:

This team of Thunderbolts exists to cut out that infection, wherever it is found. They do not recognize boundaries or borders, be they moral, political or geographical. They can and will strike anyone, at any time, without warning. They are the consequence of evil deeds, pure and simple.

So this team basically operates on their own. I’ve been a super fan of Red Hulk as a character, as well as the current incarnation of Venom. The only character I’m not too hot on is Deadpool due to him being kind of overexposed the last five years or so. But that is counteracted by having Punisher and Elektra on board, and both of them have kind of being pushed to the back of Marvel’s hierarchy in this period.

And to top it all off long time Garth Ennis Preacher/Punisher penciller Steve Dillon handling the art on this book, this is going to be nothing but awesome. I guess this will be added to my pull list.