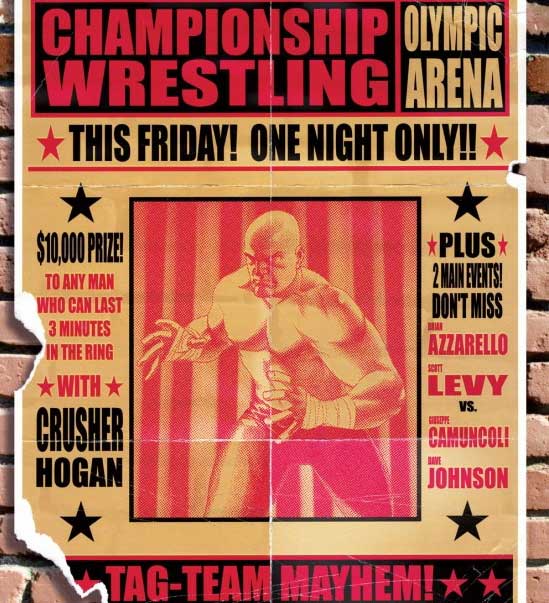 Who better to write a comic about Spider-Man’s experiences as a professional wrestler than an actual one? 100 Bullets creator Brian Azzarello teamed up with Scott Levy (better known as wrestling veteran Raven) on Spider-Man’s Tangled Web #14.

Tangled Web was an anthology series that was about Spidey but didn’t necessarily feature the wall crawler. Remember how Spider-Man made his public debut winning money at a professional wrestling show? This issue tells the sad story of Crusher Hogan, the wrestler that lost $10,000 in a challenge against Spider-Man.

Hogan is a really sympathetic, down on his luck character. Against his (and his wife’s) better judgment, he still works for a small-time wrestling promoter out of a sense of loyalty. How loyal? He’s willing to mortgage his small house in an effort to bankroll a big show, highlighted by the main event of him putting up $10,000 in an open challenge to anyone in the audience.

By the end of the book you really empathize with Hogan and his attempt at saving the business. Unfortunately, the book ends with a young masked Peter Parker entering the ring and we know that what happens from that point.

Azzarello and Levy do a great job with making Hogan a sympathetic protagonist. He really wants to do right by everyone, and unfortunately we’re reminded that nice people don’t always finish first.