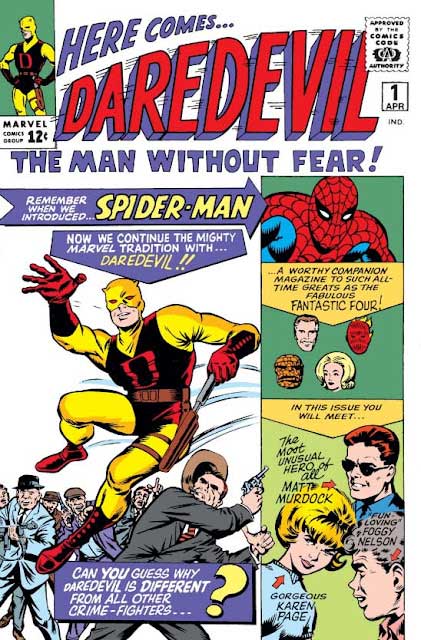 Let’s look at the many–well not so many–costumes Marvel’s blind super hero Daredevil has worn into battle over the years. Matt Murdoch first donned his devil inspired costume in  April 1964’s Daredevil #1. He wore this red and yellow costume, which was designed by co-creator Bill Everett (of Namor creation fame) and Jack Kirby. 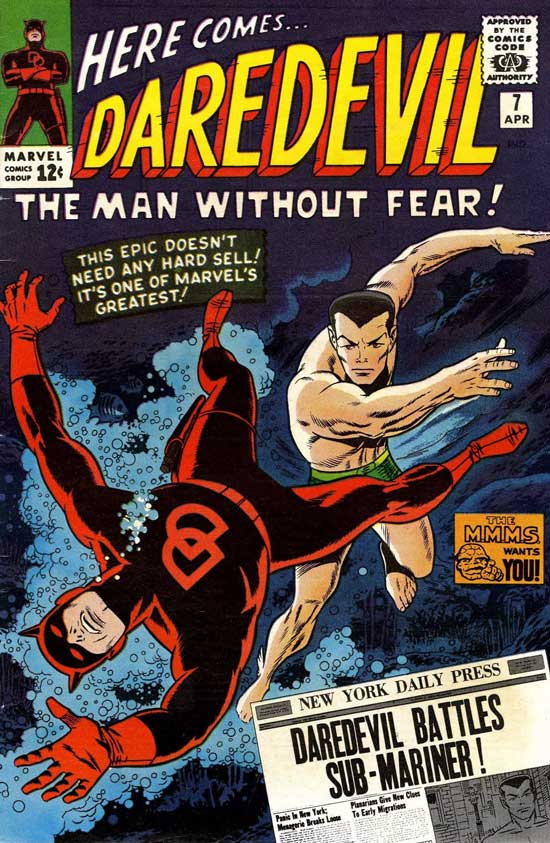 That costume only lasted for six issues. The Daredevil book was now being drawn by the great Wally Wood who switched him to his iconic all-red look. It works; Daredevil looks like a red devil, functional yet intimidating enough to evildoers in Hell’s Kitchen. 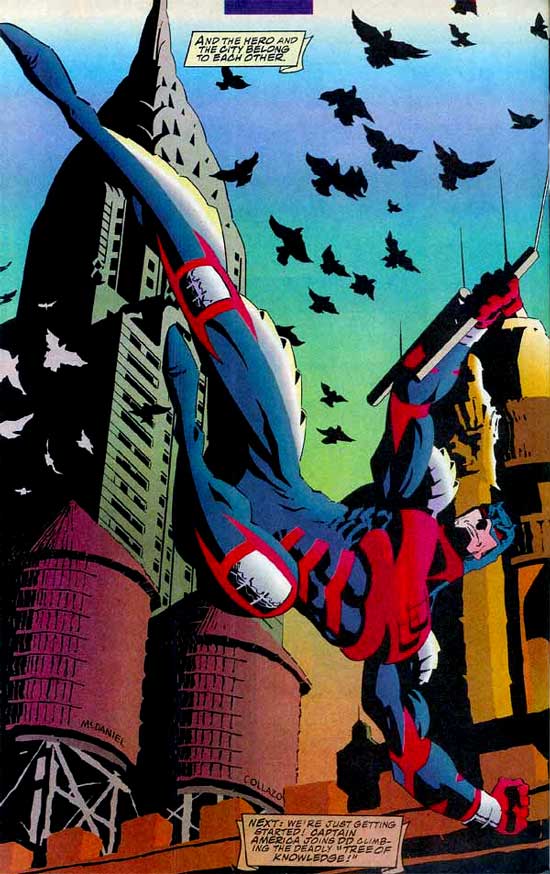 As a result of 1994’s “Fall From Grace” story line, Daredevil decided it was time to get a new more protective look. He came up with this black and red costume that features plate armor alongside over-sized shoulder and knee pads. It was the 1990s, what did you expect?

What I did like was that his billy clubs/attack poles condensed into his gauntlets. This look seems to get a lot of hate, but I thought it looked cool.

During last year’s “Shadowland” crossover, Daredevil was possessed by a devil, took over the Hand ninja clan and attempted to take over Manhattan. To show how evil he was, Daredevil took a cue from Darth Vader and went to an all black look. Either that, or it has a slimming effect on him. Once exorcised, he went back to his traditional look.

I kind of liked this for two reasons:

His costume is an intentional knock-off of both Daredevil and Wolverine. And for whatever reason, I think Daredevil’s costume works better on him than on Murdock.

When I first started paying attention to comics, this confused the heck out of me due to him looking like two different characters. D-Man is still popping up in the Marvel Universe, currently taking up the role of the villain-murdering identity Scourge of the Underworld.

So apparently there was a San Diego Comic Con this weekend. Did I miss anything important?

Usually I wind up geeking out in front of the computer, constantly refreshing the web browser to find all the latest gossip. So here’s a recap of SDCC, with what I’m excited about.

So what was your favorite part of SDCC?